About The Artfull Dodgers

From the depths of the underground Hip-Hop scene in Michigan comes the Artfull Dodgers. Consisting of two veteran MCs and a DJ, the Dodgers have been gaining recognition throughout the Midwest for years. By incorporating several different genres of music into their production, and mixing complex lyrics with innovative deliveries, they have created their own unique style of Hip Hop.

In the early 90's the founding members, Brady "Gozza" Gasser and Rex "$Jackpot$" Demski, began recording and performing. In 1994 they collaborated with other local rappers and producer Phizyx to release a successful single under the collective name "The Juggernaut". Enjoying success at retail and receiving critical acclaim, the group toured the Midwest until disbanding in 1996. Shortly after, B.Gozza and Jackpot began working again as the Artfull Dodgers. In 1997 they released the EP entitled "Dusted World", with Phizyx returning on the production. The Dodgers wasted no time and started performing again throughout Michigan. 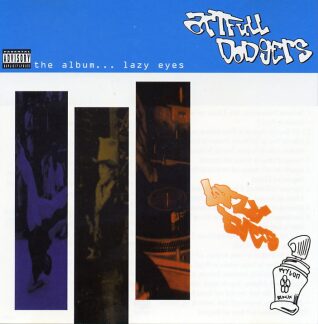 From 1998-1999 the Dodgers completed their first full-length album, "Lazy Eyes". Collaborating with well-established producer Pharlon "Bangtown" Randle, the 12 song LP was a creative masterpiece that spoke out to the global Hip-Hop scene. The album received critical acclaim and opened many doors for the Dodgers. The single "One Mic Then Pass", quickly became an underground classic throughout the Midwest. The song also became the Dodgers' first music video, and received steady rotation on many independent video shows. The Dodgers continued to perform all over the Midwest in clubs and arenas, and have shared the stage with such industry heavy-weights as Killah Priest and Cappadonna of the Wu Tang Clan, Too Short, Petey Pablo, and Eminem as well as headlining many of their own shows.

2001 was an exceptional year for the Dodgers. After picking up a pressing and distribution deal through Chicago's Aeemp Records, they released a new single called "Laced" and began working on their sophomore album. The Dodgers also added a new member to their roster this year, Jake "DJ Sir Real" Greba, formerly of Detroit's Howling Diablos. Sir Real had previous experience working with the Dodgers and became a powerful addition to the group. The Dodgers traveled the country touring, and recorded the new album in various studios with multiple producers to accomodate the experimental feel of the album. 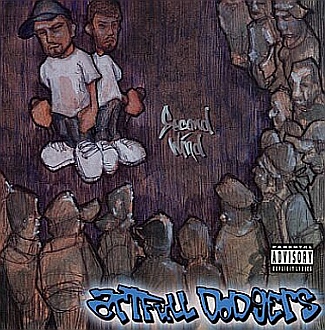 In 2002 the sophomore album "Second Wind" was unleashed. The 22-song LP was an achievement, and elevated the Dodgers into the underground elite. Collaborating with a variety of talented producers and the likes of Killah Priest and underground legend J.U.I.C.E, the album secured the Dodgers spot among the most promising of independent Hip-Hop artists. "Second Wind" and the lead single "Still Writing Rhymes" quickly became classics in the Midwest. Success on College radio and astounding critical praise continues to elevate the album. "Second Wind" even received the prestigious "Album of the Year Award" from Detroitrap.com at their Hip Hop Awards Show.

In 2003 The Dodgers began recording their third album "Off The Credenza!". The highly anticipated album is self produced by the Dodgers' Earth Movers Productions. It is set to be released in 2004 along with a DVD showcasing the Dodgers' film debut "Breaking The Chain" as well as the "Still Writing Rhymes" video.

In 2004 the Dodgers went on the road with the Vans Warped Tour. Performing on the Code Of Tha Cutz Stage with established artists like Non-Phixion, Lords of Brooklyn, Glue, Arcane, and Atmosphere. The tour was a huge success with record setting attendance at the Detroit stop. More tours are in the works as well as the Dodgers debut in Europe.

In 2007 the Dodgers released "Dusted World the 10th Anniversary Edition". Paying homage to the Dodgers' classic cassette debut from 1997, the album is totally remastered by Bangtown and features several bonus tracks of unreleased material from the groups earlier days. With this year also came a change in the Dodgers' roster. After years of touring and recording with the Dodgers, DJ SirReal has left the group to pursue a solo career. Long time friends and collaborators DJ Zack Daniels and DJ Psycho have joined the group and taken over full time DJ duties.

In 2008 the Dodgers released their long anticipated third album "Off The Credenza!". Taking years to perfect every detail of the new album, it promises to be their most successful project. The album features collaborations with Tino of the Howling Diablos, J.U.I.C.E, and some of Michigan's tightest underground talent. A promotional tour for the album is currently in progress.

In 2010 it's right back to business with a new album with DJ Zack Daniels and DJ Psycho currently in the works as well as solo projects from both Gozza and $Jackpot$. The Dodgers' "Still Writing Rhymes 2 Disc DVD Set" is finished and will be released in early 2010. The DVD will feature the entire music video library, concert footage, and the Dodgers' debut film "Breaking The Chain".

In the middle of summertime, Gozza and DJ Zack Daniels collaborated on the Brady Bunch Mixtape which will be released as a promotional tool for the upcoming Gozza album. DJ Psycho was nominated for a Detroit Music Award and hit the road for a nationwide tour. The Dodgers crew continued to tour this year as well, with great shows all throughout the Michigan area. Late summer brought the release of Gozza's debut solo album Here Comes Trouble. The majority of the production is handled by Gozza as well as some great collaborations. 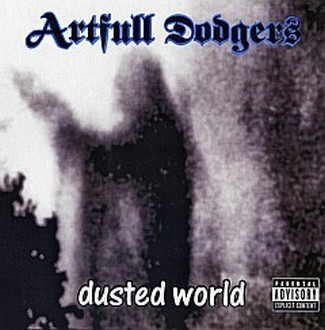 In 1997 we released our first Artfull Dodgers project the Dusted World EP produced by DJ Phizyx. Dusted World was very successful and introduced the world to the Dodgers' unique Hip Hop sound.

From 1999-2008 we released several full length albums including Lazy Eyes, Second Wind which won "Album of the Year" on DetroitRap.com, and Off The Credenza.